Why This Nation is Failing in the Fight Against Sex Trafficking

In November of 2021 Shared Hope International released their annual state report cards. These report cards place a letter grade on each state’s efforts in the fight against trafficking in certain areas. For the last 10 years the nation seemed to be improving each year, with even some states receiving an A for their efforts. However, this year when the report cards were released it appears again that we are once again failing as a nation in combating this crime. Florida received the only passing grade with a C, 10 states received a D and the remaining 39 are all failing. 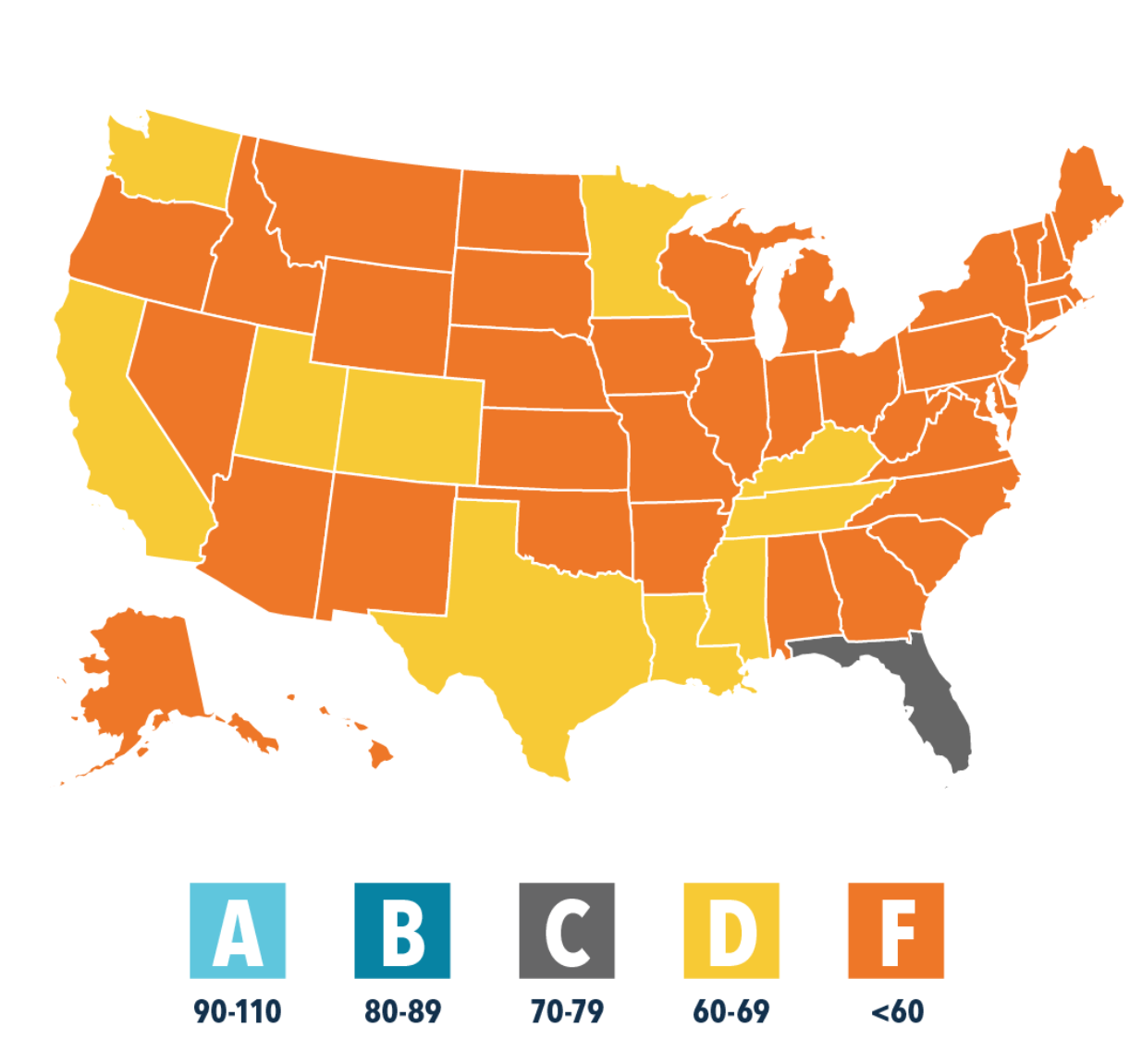 Ten years ago, when Shared Hope began this work, they created a legal framework that was designed to challenge states to enact laws that encouraged a comprehensive approach to addressing child sex trafficking. The grades handed out that very first year showed that our country was failing in those areas. Over time states took on the challenge and began to focus efforts in the specific legislative areas that Shared Hope was encouraging improvements. Most were successful, with not a single state receiving an F at the end of the decade.

Instead of sitting back and offering themselves congratulations Shared Hope decided to continue this strategy and implemented a new legal framework for states to focus efforts on and continue to improve beyond what was already accomplished.

The first set of legislative challenges were split with a 25% focus on victim protections and 75% focused on criminal provisions. Through extensive research and conversations with lived experience experts gaps were identified and this has led to the new challenges being focused more heavily on victim protections (75%) and less on criminal provisions (25%).

The new set of challenges include 40 policy goals that fit into the following six issue areas: criminal provisions, identification of and response to victims, continuum of care, access to justice for trafficking survivors, tools for victim centered criminal justice response and prevention and training.

Three ways you can help your state improve in the fight against sex trafficking:

1.Become Informed – look up your states current report card and see exactly what areas need improvement. Educate yourself on what these policies mean. Take the Guardian Group training and make sure you are equipped to have informed conversations around what trafficking is and how it happens.

2. Contact Your Elected Officials – bring this information to their attention, be specific, start with one of the 40 policies that you would like to see changed and advocate for that one area.

3. Rally Together – gather those within your sphere of influence and share what you have learned and why it is necessary to join forces to make change. Encourage them to get in touch with elected officials as well.

The amount of work that this nation needs to do to improve can feel overwhelming so take a small piece, take one policy and advocate for change in that area in your state.  Be strategic and thoughtful in your efforts. Remember we are louder together and the more people asking our elected officials for change the greater the impact will be.